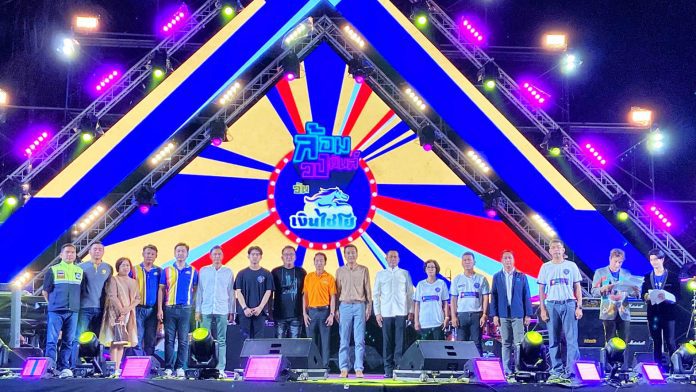 A huge music festival, which sees a total of nine concerts taking place over nine days, is underway in Pak Nam Pran.

Thursday saw the opening of the “Lom Wong Mun Festival At Pak Nam Pran” which is being held until Nov 25.

Well known Thai artists such as Tom Dundee, Carabao and rocker Sek Loso will be performing at the festival in the coming days.

The festival, which is being organised in conjunction with the Tourism Authority, also features a host of other entertainment, including an amusement park and more than 250 shops and food outlets.

The event schedule is as follows: