By Ashleigh Gray For Dailymail.Com

Beyonce is slated to perform her first full-length show in four years at an exclusive Dubai event.

The 41-year-old music icon will hit the stage for an hour-long show on January 21, according to The Sun.

It was reported on Friday that the singer-songwriter will headline at five-star resort Atlantis The Palm. 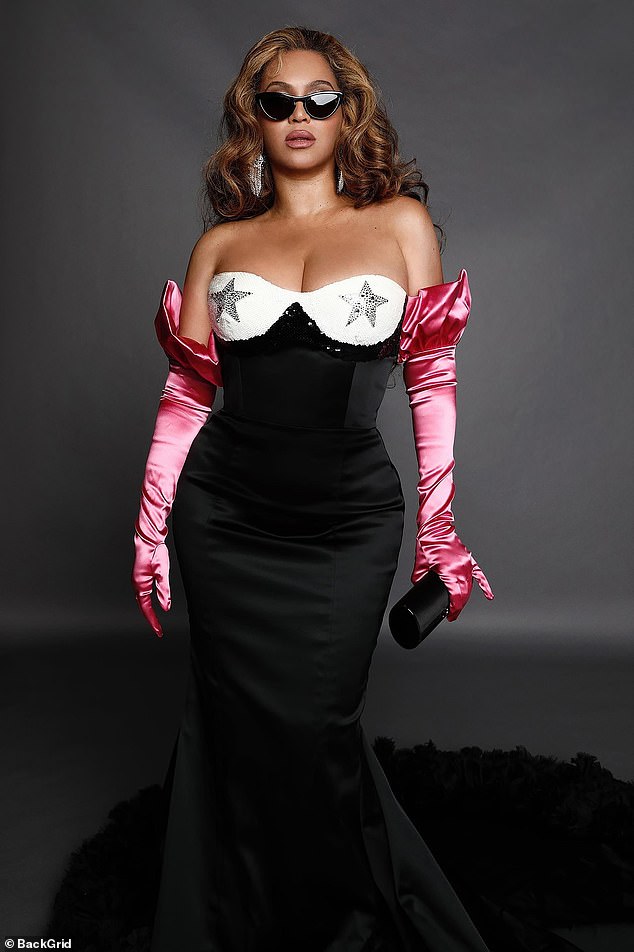 Exciting news: Beyonce is slated to perform her first full-length show in four years at an exclusive Dubai event

A source told the media outlet ‘Beyonce is being lined up to sing at Atlantis as part of a huge, luxury event in January.

‘The hotel has put on a range of massive performances recently, with Kylie Minogue booked in to perform on New Year’s Eve.’

The insider continued, ‘It is part of a star-studded line-up of celebrations the hotel is putting on.

‘Invites have been sent out for the event with Beyonce — which is being billed as an hour-long performance — and it’s the hottest ticket in town.’ 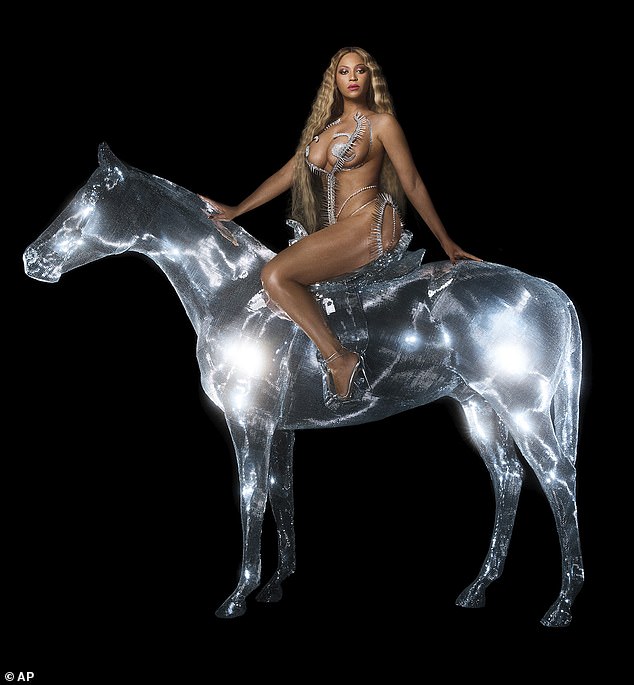 New music era: Beyonce’s seventh studio album Renaissance came out this past July and quickly became a hit among fans and critics

According to the person with information, Swedish House Mafia is booked to DJ an afterparty.

The person in-the-know went on, ‘This will be Beyonce’s first proper live show since she performed at the Global Citizen Festival in Johannesburg in December 2018.

‘Tickets are like gold dust and it will be a who’s who of the showbiz world on the night.’

And the source added that “Queen Bey” was booked in a deal inked for more than £20 million. 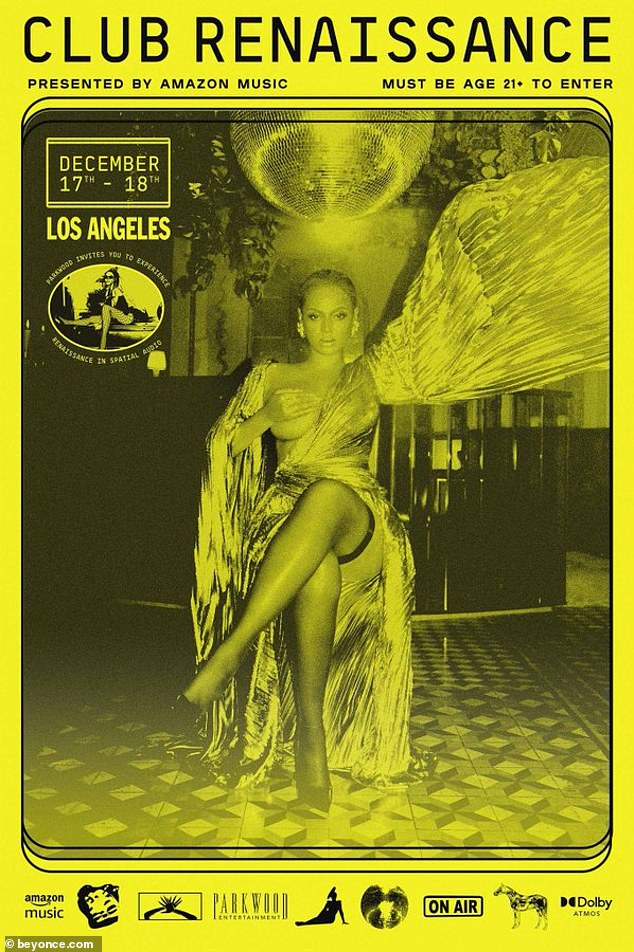 Tickets to the 21+ event sold out ‘apparently in minutes’, according to a report from Variety.

Presented by Amazon Music, the event was open to fans over the ages of 21 and took place on the evenings of December 17 and 18.

The album has earned the lifelong entertainer nine nominations at the upcoming Grammy awards.

In putting the album together, she enlisted the help of artists like Drake, Pharrell Williams, The-Dream, Skrillex, and husband Jay-Z. 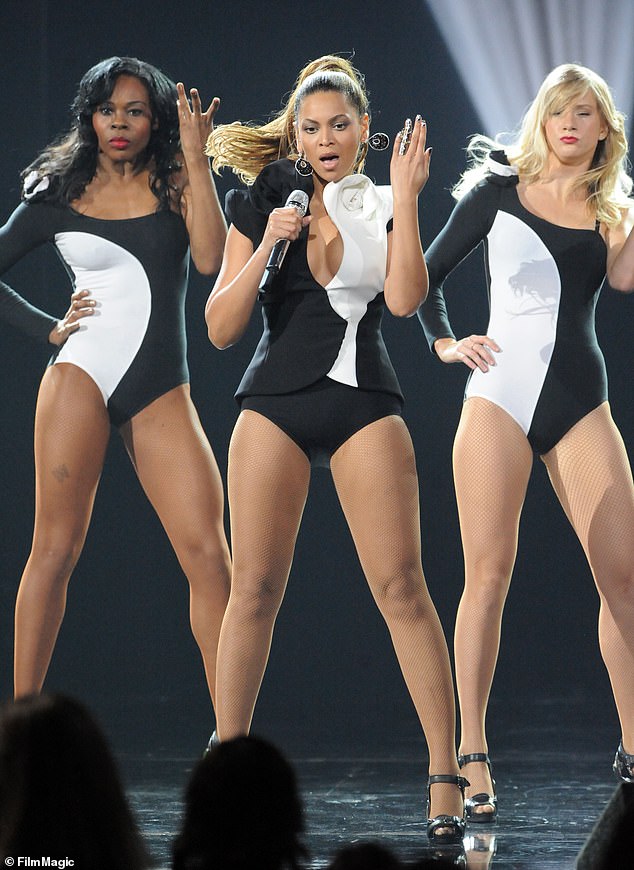 Headed back to the spotlight: Beyonce’s return to the stage has fans over the moon; seen performing in Los Angeles in 2008

Since then she’s put out a collaborative album with Jay-Z, a live album, two songs for Disney’s photorealistic remake of The Lion King (in which she voiced the character Nala), and the single Be Alive for the King Richard soundtrack.

Beyonce and Jay-Z have been married since 2008 and share three children — Blue Ivy, ten, and twins Sir and Rumi, five. 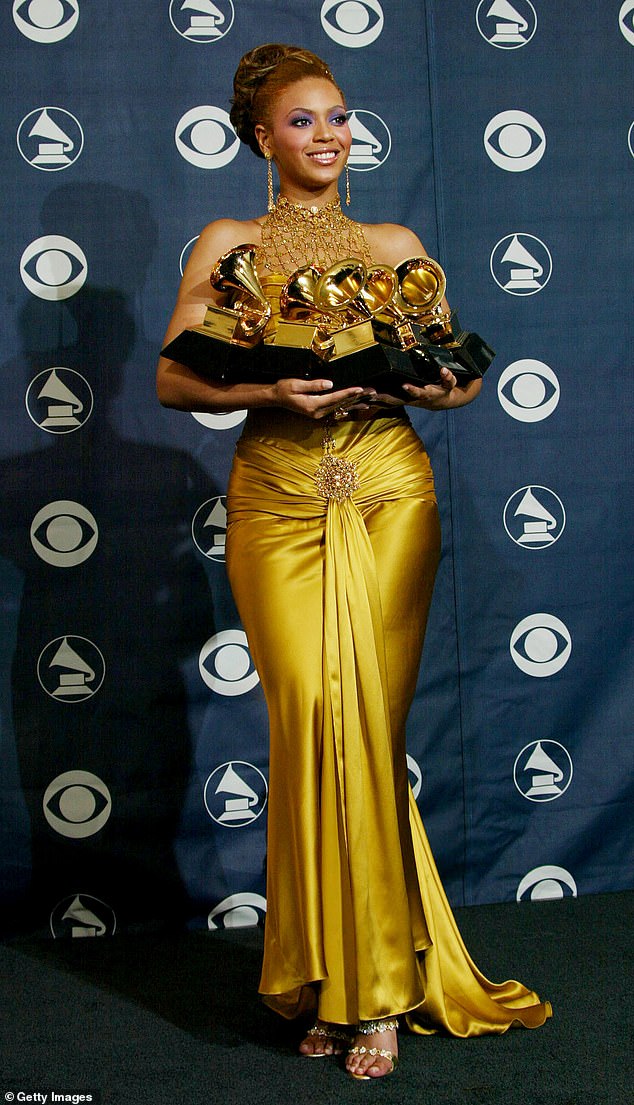 Decorated: The album has earned the lifelong entertainer nine nominations at the upcoming Grammy awards