The Daytime Emmy-nominated musical duo Salim and Sulaiman Merchant are among India’s finest musician duos. The duo composes music predominantly for Hindi films. Over the years, music composers Salim-Sulaiman have managed to become one of the most revered names in the Hindi film music. 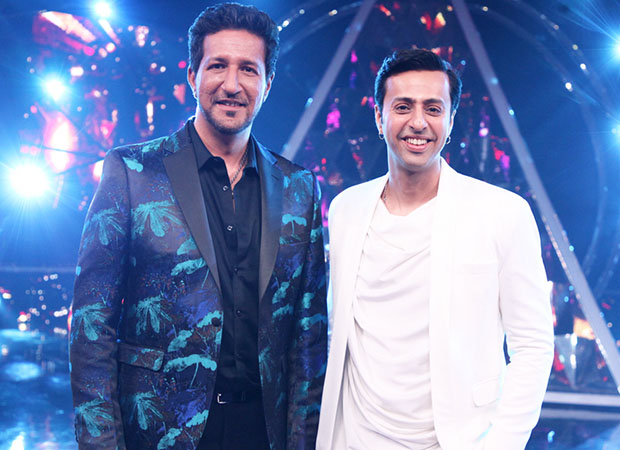 EXCLUSIVE: Composers Salim-Sulaiman talk about 30 years in the industry and how they feel like they’re starting anew

From Chak De! India, Fashion to Rab Ne Bana Di Jodi, Band Baaja Baaraat and much more, the Merchant brothers have come a long way creating smash hit music albums for numerous Bollywood films; for over decades now. Not only films, the duo has also composed for television and reality shows like Crime Patrol, Koffee With Karan and went on to work for several TV commercials as well.

In an exclusive music room interview with Bollywood Hungama, while sharing the interesting behind-the-scene stories of how they created their chart-buster scores, the music al duo also talked about being in the industry for 30 years now and how they always feel like they’re starting anew.

“The first album we did was in 1992 which is Ragga Raaga by wonderful K.S.Chitra ji from Chennai and Voodoo Rapper,” Salim recalled. “It released in 1992, A side was Roja and B side was Ragga Raaga on a label called Magna Sound. So, we’ve actually finished 30 years this year.

“So, it’s been a long journey for us,” Sulaiman said before Salim added, “But it feels like we’ve just begun… It feels like we have much more to do.” Sulaiman chimed in, “You know how music keeps changing, you evolve with it and then you feel ‘Oh, we’re back to zero, we’re starting again.’”

He continued, “And that part of life is really beautiful because you can jump in, jump out whenever you want, however you want. And the music is always there, the music always stays.” Salim added, “You know, we’ve always also had such a great change every time.”

“As musicians we’ve worked with so many different composers then we started doing background scores and then we were also doing advertising, we did so,” he shared. “Many jingles, we did so many title tracks for different television serials; Koffee With Karan at that time and even now, the latest season is also us, Khatron Ke Khiladi, Crime Patrol and all those crazy amount of serials we did.”

“Then we started doing films like songs and stuff. Then came the reality shows and we had our presence there as well. We started doing a ton of concerts, we did music for FIFA [in 2010]… there’s so much that has happened. We did some stuff with television series in America which got nominated for the Emmys so, there were lot of things that we did and that kept us going.”

“Then came Bhoomi and Merchant Records so there’s so much that it feels like we’ve just started,” Salim said to which Sulaiman concluded by adding, “Means life is not boring, life is always interesting.”

Also Read: Salim Merchant recalls their journey since their 1992 album; and it has a ‘Roja’ movie connection, watch