The collapse of FTX has thrown a spotlight on two US accounting firms that the cryptocurrency exchange said it had used to audit its books.

FTX claimed that its 2021 financial results had been audited by Armanino, one of the 20 largest accounting firms in the country by revenue, and Prager Metis, which styles itself the first accounting practice to open a headquarters in the metaverse.

The two firms are among several in the US to have touted expertise in digital assets in a race to win business from the burgeoning number of crypto companies, even as accounting rules for digital assets are often unclear and businesses remain in their infancy.

FTX founder Sam Bankman-Fried last year cast the audit of its financial results as a milestone, but the accounts were not made public and the names of the auditors did not emerge until the eve of its collapse into bankruptcy on Friday.

2) Whatever its actual impacts, typing that certainly makes me _feel_ old and wise.https://t.co/dLApBS55pE

Forbes magazine said FTX provided it with “a trove of information on its operations, including most of the companies it did business with, when its last audits were and details on its regulatory licences” earlier this year when the publication was preparing a ranking of cryptocurrency exchanges. (FTX was ultimately ranked fifth.)

“Notably among FTX’s advisers and business partners was the New Jersey office of accountant Prager Metis CPAs, LLC and San Ramon, CA’s Armanino, LLP, which performed audits on FTX and FTX.US for fiscal 2021,” the magazine disclosed on Thursday.

Neither accounting firm responded to messages seeking comment about the scope of their work for FTX, or when they last issued an audit opinion.

FTX was brought down by a run on customer deposits at its international exchange, which followed revelations about the complicated relationships between the exchange and other entities in Bankman-Fried’s crypto empire. His trading firm Alameda Research this week owed FTX $10bn, according to people familiar with its finances.

Bankman-Fried blamed mistaken accounting of the exchange’s liquidity and leverage for the collapse.

FTX’s claims to have audited financials left numerous questions unanswered, said Jeffrey Johanns, a former PwC partner who teaches auditing at the University of Texas at Austin, particularly in light of revelations about the complexity of its organisational structure.

“If there was some form of assurance by an accounting firm, what type of assurance was it, how extensive was it and how many entities were covered?” said Johanns. “Especially if there are intercompany transactions, it would be a tough thing to audit.”

Prager Metis, which has more than 100 partners and 600 staff across 24 offices worldwide, says its clients include private and public companies in industries ranging from hospitality to manufacturing.

A report in August by the Public Company Accounting Oversight Board, regulator of the US audit profession, said its inspectors found deficiencies in all four of the public company audits carried out by Prager Metis that they looked at. The firm told the PCAOB it was working to fix the issues.

The group has a digital assets practice it says provides services to crypto exchanges, issuers of non-fungible tokens and crypto hedge funds, among other clients. It has also sought to offer advice to businesses setting up operations in the immersive virtual worlds known as the metaverse.

“There is a tremendous need for financial expertise and resources in the evolving digital world,” chief executive Glenn Friedman said in January, when Prager Metis opened a “headquarters” on the metaverse platform Decentraland. The firm is sponsoring an event at a music festival on the platform this weekend.

In a now-deleted June website post, which showed Prager Metis and FTX staff at a Yankees baseball game, the firm said it was “proud to support FTX US” and was “looking forward to our next adventure together”. 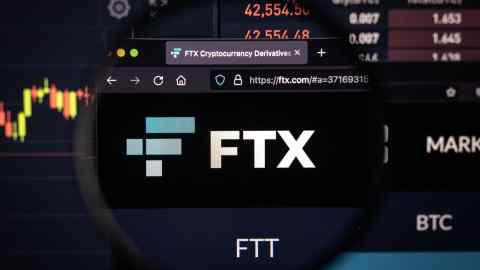 Armanino has also pushed heavily into work for digital asset and cryptocurrency businesses, helping it become one of the fastest-growing US accounting firms, with $458mn in revenue in its last financial year, according to Accounting Today.

The firm has been heavily marketing technology that allows cryptocurrency exchanges and other businesses to demonstrate that digital assets are safe, with real-time verification for customers. An Armanino Twitter account was promoting the product on Tuesday as the unravelling of FTX captivated the industry.

Last December, the same account had tweeted approvingly in response to Bankman-Fried’s testimony before the House of Representatives financial services committee, when the FTX founder pushed lawmakers to standardise crypto regulation and nurture innovation.

“Working on all our behalf today,” the account wrote.