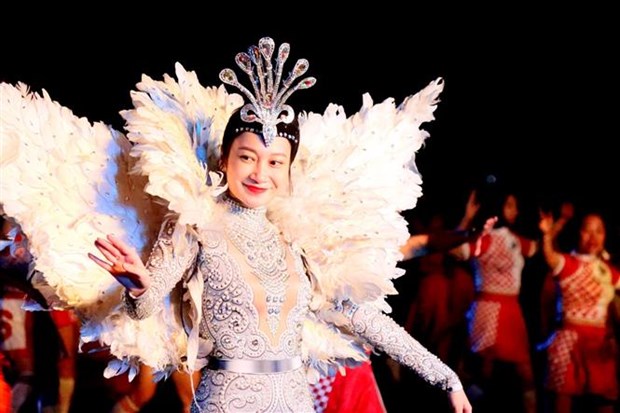 The carnival was expected to become a unique tourist product of Quang Ninh during Christmas, helping promote the local tourism in low tourist season during winter.

During the carnival, art performances and parades were combined with a music festival called Ha Long Carnaval EDM Party.

Dinh Huu Chung, Vice Chairman of Tuan Chau Group, one of the organisers of the event, said that the highlight of this year’s carnival is the mobile stage and a professional sound and light systems and the modern technology wireless connectivity solutions.

Many sidelines activities were held, including a street art programme and paragliding, airplane and seaplane performances.