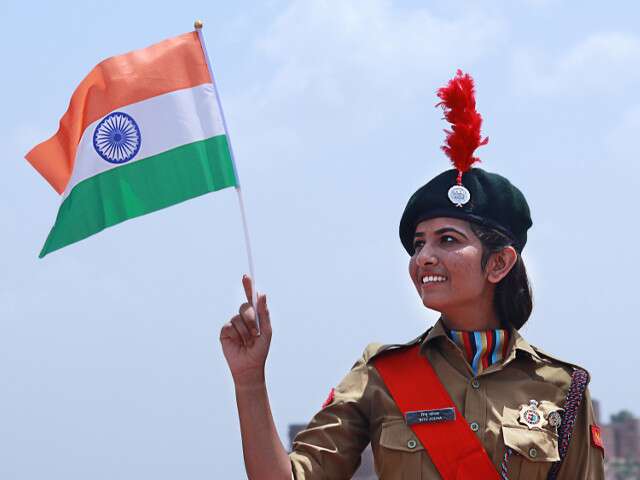 While the Defence Services and the Indian Army in particular have been considered male-dominated bastions, women haven’t failed to stand tall in these fields, making their mark along their way to the top. And in a feat like no other, a total of six women Army officers have cleared the Defence Services Staff Course and Defence Services Technical Staff Course exams! Speaking about this milestone achievement by the six women officers, an Army official was quoted as saying that it bears testimony to the transformation of the armed forces towards gender equality and women’s empowerment.

The exams are held annually in September, and this year, about 1,500 officers had appeared for the same. Another first was that a total of 22 women Army officers took the exams this year; these permanent commission officers serve in the Army Service Corps, Army Ordnance Corps, Army Air Defence, Corps of Signals, Corps of Engineers, and Corps of Intelligence. After passing the entrance exam, officers are nominated to attend the course based on merit of their service profile and discipline.

Four of the six officers that cleared the exams will undergo a year’s training at the Defence Services Staff College (DSSC), Wellington, Tamil Nadu. This training will be held alongside male counterparts from all the three defence services, and will cover operational, military intelligence, and operational logistics aspects. The officers will also learn administrative aspects of staff appointments, with the course giving adequate weightage for command appointments. Of the remaining two women officers, one has been shortlisted for the administration and logistics management course and the intelligence staff course, while the other is on the reserve list for the Defence Services Technical Staff Course. Interestingly, one of the four officers nominated for the DSSC is the wife of an officer who has also cleared the exam, and this couple will make history as the first pair from the Army to attend Wellington together.