Jelly Roll has announced a special concert at a nursing home for his mother, who missed out on one of his shows after suffering an injury.

On Wednesday (December 21), the Nashville, Tennessee, native hopped on Twitter to share news of the special performance to make up for his mother missing his massive headline show at Bridgestone Arena in Nashville.

“My mother fell and broke her ankle right before the nashville show,” Jelly Roll tweeted. “She’s been sad she missed the show. So this week I’m going to the nursing home with the guitar and putting on a show.”

Jelly Roll’s 19-000 capacity Bridgestone Arena show included special guests such as Tech N9ne, Krizz Kaliko, Struggle Jennings and more. The 130-minute show was a long time coming for the 37-year-old who used to sell mixtapes out the back of his car in his hometown.

My mother fell and broke her ankle right before the nashville show.. she’s been sad she missed the show. So this week I’m going to the nursing home with the guitar and putting on a show

Proceeds from the show went to the local non-profit Impact Youth Outreach, which serves at-risk, disadvantaged youth in the Nashville area. Jelly Roll also donated $250,000 to the program and revealed plans to build a recording studio and music programs at the Davidson County Juvenile Detention Center.

The artist is also funding Hometown Heroes Scholarships for Metro Nashville Public School seniors in his neighborhood as a way to give back as he was in the same position when he was younger. Before launching his music career, Jelly Roll had been in and out of the juvenile detention center since age 14. 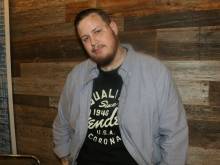 “[It’s] where I spent the worst 18 months of my life, but it was a turning point,” Jelly Roll told Billboard in an interview. “I found my real love for rapping here. I loved all music as a listener, but I didn’t think I could sing, but there was something about rhythmic rapping and poetry that I understood… there was a lot of Hip Hop, but we didn’t get radios or nothing. A lot of what we heard was just rapping to each other, and that got me involved in the art form, because it was our only source of entertainment. Adult jails at least get headphones.”

The multi-genre music star independently released a total of 23 projects throughout his career, most of which feature him rapping. Because of that, Jelly Roll earned co-signs from artists such Tech N9ne, Krizz Kaliko, Yelawolf and Three 6 Mafia — whose label Hypnotize Minds released Year Round, Jelly’s collaborative album with Lil Wyte and BPZ (under the moniker SNO) in 2011.

Jelly Roll clocked in over 16 weeks atop Billboard’s Emerging Artists chart at the top of the month, which gave him the second-longest reign on the chart behind NLE Choppa’s 24-week streak.