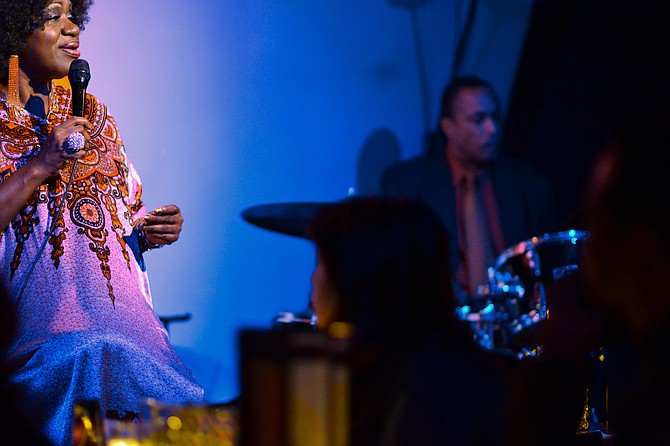 A fire burned Fort Hunt High School in late 1978, so local jazz singer Sharon Clark had to finish out her degree at Mount Vernon High School. This move didn’t douse the fire inside, igniting her singing career and leading her to performances around the world. 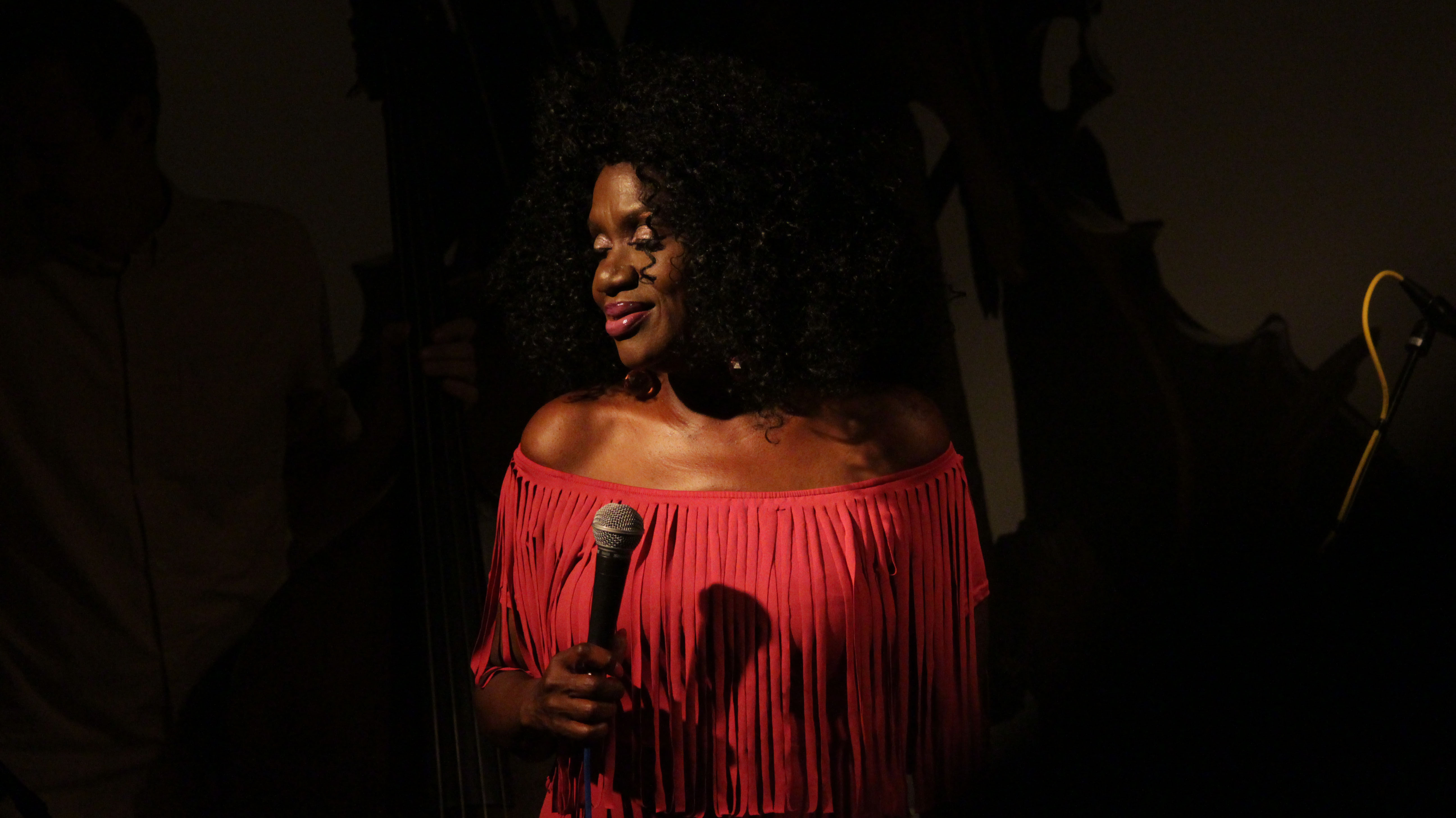 Clark travels for about six months out of the year, performing in places as far away as Italy, but she always comes back to her hometown in Alexandria where she stuns audiences at Laporta’s Restaurant on Duke Street. “She’s well known in the community,” said restaurant owner Phil Laporta, “I get at least three calls a week asking if she’s playing that week,” he said.

At Laporta’s, Clark sings in a “Straight Ahead,” jazz style, which works at this local restaurant. “Straight Ahead,” is a type of jazz music that was developed in the 1960s and relies on acoustic instruments, piano, walking bass patterns, and swing or bop drums. It does not include rock music or free jazz sounds. Clark’s vocals compliment this style.

“I started singing in church. Woodlawn United Methodist on Fordson Road in Gum Springs right off of Rt. 1 in Hybla Valley,” she said.

During high school she was a part of the award-winning Fort Hunt Madrigals under the leadership of Jack Murray, as well as a singing group she formed called Eve.

“We sang three-part harmony in the style of the Andrews Sisters,” Clark said. “Later in high school, I joined the Bottle Caps, a promotional music band for Coca-Cola.”

After attending Berklee College of Music in Boston. Clark started to work every job available, slowly building a local reputation. She began singing at Laporta’s Restaurant on Duke Street in Alexandria in 1998 and has been there ever since on Saturday nights.

She’s received accolades on many different levels. She’s performed as a featured soloist with the Duke Ellington Orchestra, Smithsonian Jazz Masterworks Orchestra, the Richmond Symphony, and the Baltimore Symphony. Clark won the top prize at the Savannah Music Festival’s American Traditions Competition and was awarded first place in the Billie Holiday Vocal Competition, along with a featured appearance with the Baltimore Symphony, as reported on “Instant Seats” ticket service. On the international scene, she was even reviewed in the Moscow Times.