Lollapalooza 2023 is all set to make waves in India for the very first time in Mumbai. With big names attached to the event, you can’t stop wondering about all the Indian talents who are set to take the stage. The music festival, which will take place at Mumbai’s Mahalaxmi Racecourse on January 28-29, will mark the Asia debut of Lollapalooza. The festival is promoted and co-produced by Indian ticketing platform and entertainment company BookMyShow, along with global producers Perry Farrell and C3 Presents, which is owned by Live Nation. Bollywood Hungama curates a list of 8 non-English speaking artists who are blowing up the industry in the indigenous language. 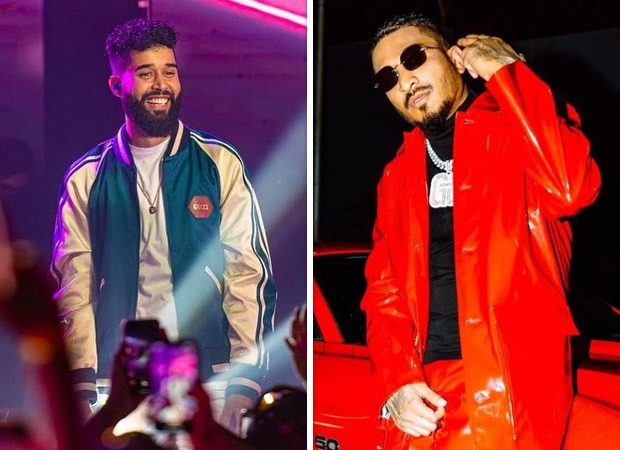 AP DHILLON
AP Dhillon is an Indo-Canadian singer, rapper, songwriter and record producer associated with Punjabi music. The musician has record-breaking two years with each song being viral on the internet. From ‘Brown Munde’ to ‘Summer High’, ‘Excuses’ to ‘Wo Noor’, he is probably one of the biggest artists to perform at the upcoming festival.

DIVINE
Vivian Wilson Fernandes, known by his stage name Divine, is an Indian rapper from Mumbai. He started to gain popularity after the release of his song ‘Yeh Mera Bombay’. He broke through with the release of his song ‘Mere Gully Mein’. With his albums like Kohinoor and Gunehgaar, he has cemented his name in one of the biggest hip-hop stars the country has ever seen.

BLOODYWOOD
From what was just uploading song covers to performing on a global festival’s stage, Bloodywood has come a long way! Bloodywood is an Indian heavy metal band from New Delhi. Working with folk instruments, Bloodywood brings the element of Indian music with metal powered by mighty Hindi or Punjabi choruses and rap verses to offer a fusion of an entirely unique listening experience. Bloodywood has been one of the biggest underdog stories of 2022 in the music scene, winning crowds worldwide. You can browse through their latest album, Rakshak.

PARIMAL SHAIS
Parimal Shais is a Bangalore-based music producer and DJ who raps in Malayalam. He pays homage to collective influences. From tracks like ‘Therapara’ to ‘Beer And Biryani’, he is one of the artists who is changing the landscape of music.

SIRI
Siri Narayan is an Indian rapper and songwriter. She is known for rapping in multiple languages including Kannada, Telugu, Hindi, and English. She shot to fame after the release of the 2020 song ‘My Jam’ produced by Sez On The Beat. It gained more than 1 million views in 2 years on YouTube.

HASHBASS
House of Hashbass, an electronic music producer based out of New Delhi, is all set to feature a multi-starrer band with guests Benny Dayal, Kayan, Hanumankind, Burrah!, Rashmeet Kaur, Ankur Tewari and Shubha Mudgal. His backing band will be stalwarts of the Indian music scene – Lindsay D’mello, Bharath Kumar along with a guitarist. Harshit (Hashbass) will be playing synth and bass at Lollapalooza India 2023!