Shaquille O’Neal is all set to ring in the new year with a special collaboration with Meta called “The Shaq-tacular Spectacular”. It is an immersive VR countdown special that will take place on New Year’s Eve. 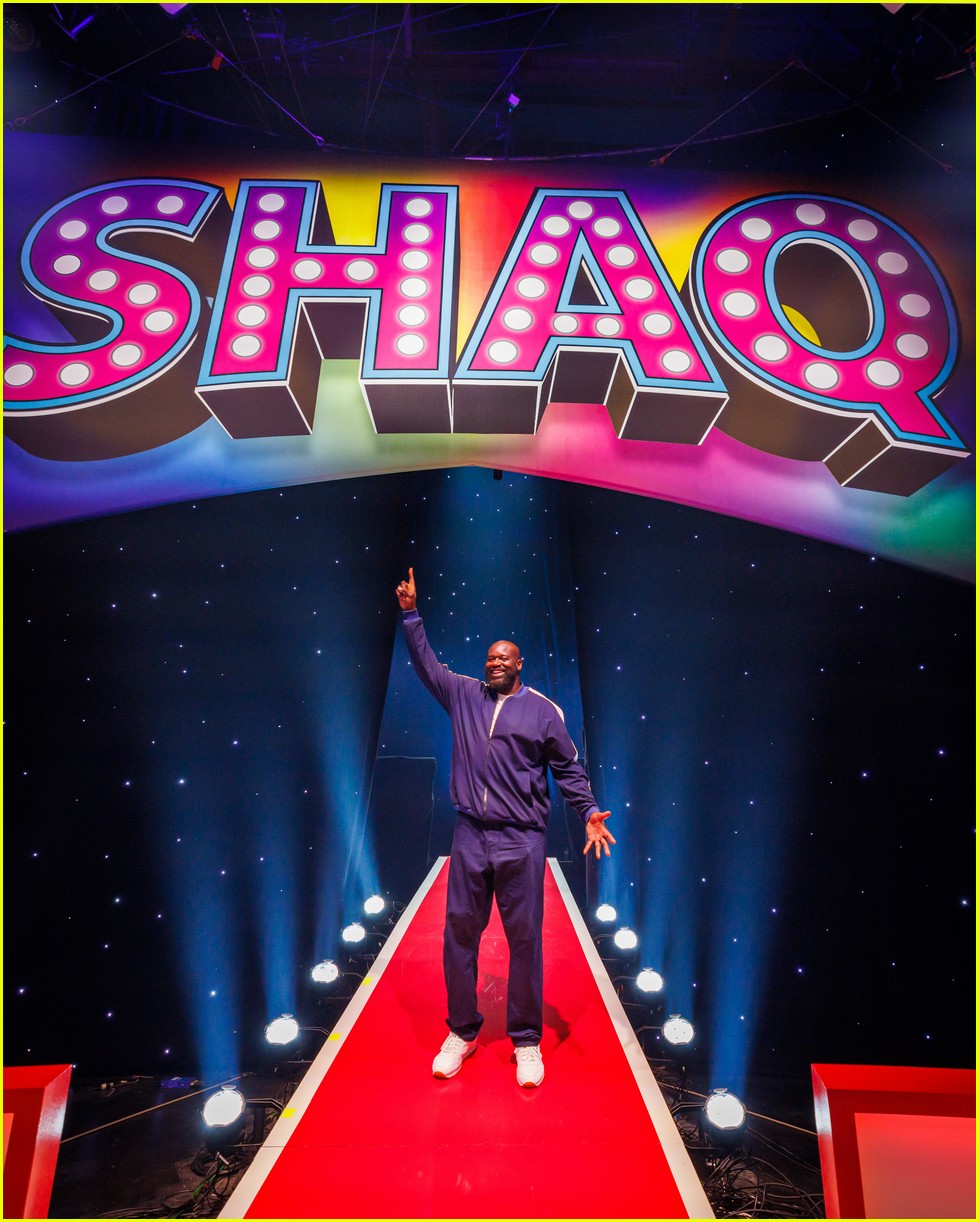 The countdown will take place on Saturday, December 31st at 6.30 pm ET. It will premiere only on Facebook in the Meta Horizon Worlds and Quest TV. It will also be streamed on Shaquille O’Neal’s Instagram and Facebook pages along with Messenger’s Watch Together.

One can join in at any time as the show will be running on a loop all night long.

The setup for the night includes a basketball court, a roller ink, and the main stage that will have a marching band, pro roller bladers, cheerleaders, and fans inside the party. 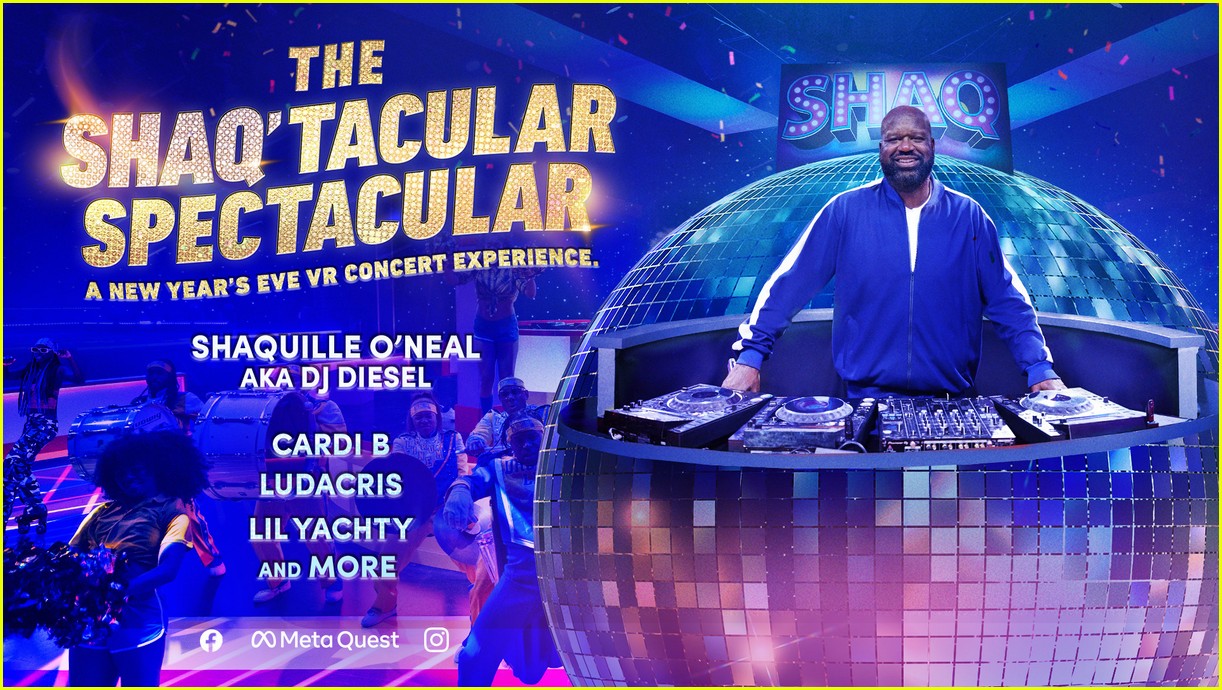 The evening is set to be special with Ludacris, Cardi B, Killer Mike, Lil Yatchy, and Whipped Cream, along with special guests Camille Kostek and Rob Gronkowski. DJ Diesel (O’Neil) will also be performing that night.

The former NBA star who won 4 titles in the NBA at the age of 19 years will be spinning tunes for the VR event. His genre is more of a heavy-hitting bass, which he says is something that gave him a purpose after he retired from the NBA in 2011.

Earlier this year, he told Billboard “I missed that once retiring. Bass music was the vice I was missing and desperately needed.” Being a DJ is not a side gig for O’Neil, since the launch of the DJ Diesel Project, he has played in prestigious events and clubs like Lollapalooza, Electric Zoo, and Tomorrowland.

The one-hour special can be watched with a Quest 2 headset. It is produced by Westbrook Media, Media.Monks, and Shaquille O’Neal’s Jersey Legends Productions.

DJ Diesel released a statement where he said “This year we’re ringing in 2023 with new experiences and connections.” He also added that I’m excited to celebrate with some of my favorite artists and athletes in a way that you can enjoy with friends and family in VR across the world,” the basketball superstar.” 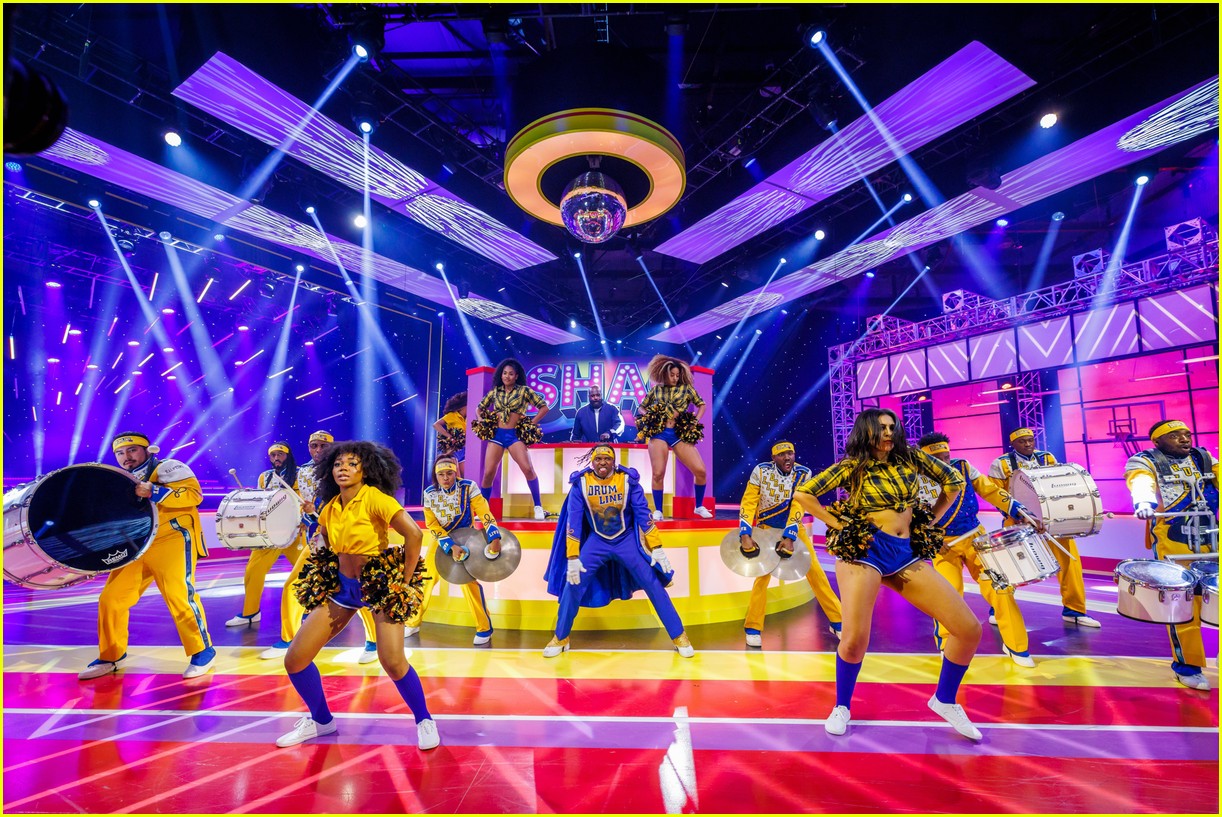 Furthermore, he said, “From music, laughs and much more, we’re celebrating New Year’s Eve and welcoming 2023 with a spectacular party you won’t want to miss.”

Big Shaq, as he is often called will be bringing in the new year on a healthy note. The 7 feet 2-inch star has lost more than 40 pounds so far, which is around 18 kilos. He told Entertainment Tonight that he has given himself till his birthday in March to lose 20 pounds more.

He joked about it and said “I need to lose about 20 more, but impressive. Imma get real chiseled up and do an underwear ad with my sons.”

The former basketball player shared that he got some blood tests done which showed that he needed to re-evaluate his lifestyle and make healthier dietary choices.

He talked about the sacrifices one has to make and said “I haven’t had soda for a while. I gotta eliminate bread and soda, so, if I could eliminate bread or soda, I think I could get the Marky Wahlberg look. I want to be known as the Black Mark Wahlberg.”

For now, his focus is on the VR event as he looks forward to make his collaboration with Meta a success.