HONOLULU — Saturday marks the 50th anniversary of Elvis Presley’s “Aloha from Hawaii by Satellite” concert, a milestone anniversary that takes on special poignancy after the death of his daughter, Lisa Marie Presley, earlier this week.

The groundbreaking concert broadcast from the Honolulu International Center at 12:30 a.m. on Jan. 14, 1973, was a sold-out performance, though tickets were whatever attendees could “pay.” At a time when the term “satellite broadcast” was fairly new and the technology was still developing, it was a big deal.

“As far as I know, it was the first satellite worldwide live concert by anybody, anywhere,” said John Berger in an interview with Spectrum News Hawaii. Berger is the entertainment writer for the Honolulu Star-Advertiser and co-author of the book, “Hawaii Music & Musicians,” which was published by George Kanahele in 1979, then revised and updated by Berger at the request of Kanahele in 2000, a few months before his passing.

“It was huge because it was Elvis. And it was satellite live from Hawaii,” said Berger. “This was back in the days (when) there was no internet. Telephones were still something that sat on a table or were attached to the wall. So the whole idea of satellite live was huge.

“The tickets were sold, in theory, it was for whatever you could afford to pay. So the celebrities paid the big bucks because they could and they got to sit down in front. And the story I heard was that somebody paid, some kid paid, like 99 cents, and got to sit all the way back, as far as you can get. 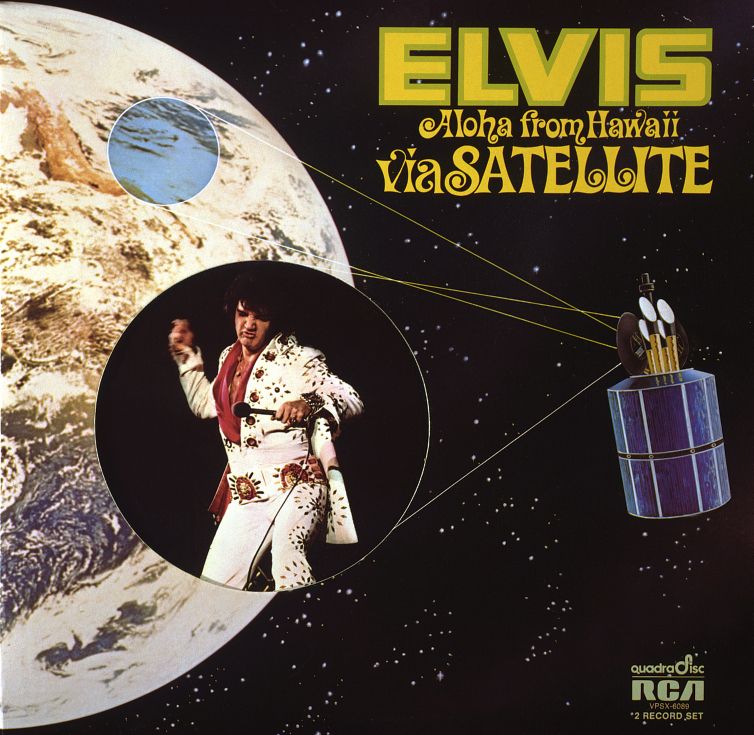 As Berger recalls, Eddie Sherman, the veteran columnist who wrote for Hawaii’s newspapers, was working with Elvis to benefit the Kui Lee Cancer Fund.

Sherman “wanted it to be, like, all of Hawaii could go, anybody could go,” Berger said. “And so I think they relied on the generosity of Hawaii people. I think most people were generous, and of course, celebrities could afford to.”

Musician and songwriter Kui Lee came to Hawaii from Shanghai at a young age with his father and sisters. He moved to the U.S. performing for 10 years before returning to Hawaii, where he met the legendary Hawaii entertainer Don Ho. Lee wrote three of 12 songs on Don Ho’s 1966 album, “Tiny Bubbles.” Lee succumbed to cancer and died in 1966 at age 34. Through his column, Sherman started the Kui Lee Cancer Fund to assist a doctor conducting research at the University of Hawaii. Presley sang Lee’s most famous composition, “I’ll Remember You,” during the satellite concert.

Berger didn’t go to the concert, but he said Judge Peter Fong did. “Peter Fong said his parents took him to the concert at one in the morning. He was one of the people who were there.”

A dress rehearsal on Jan. 12 drew fans who stormed the HIC arena two hours before the performance began. Then Honolulu Mayor Frank Fasi proclaimed Jan. 13 as “Elvis Presley Day,” to thank the singer for his contributions to the fund. In all, the rehearsal and official concert raised over $75,000 (equivalent to $457,800 in 2021) for the Kui Lee Cancer Fund.

Then-Honolulu Advertiser entertainment editor, Wayne Harada, attended the 1973 concert, and wrote in his review of the performance, “Elvis Presley received a golden crown — and a standing ovation — at the conclusion of his unprecedented satellite-live TV concert beamed to a global audience of over 1.5 billion in the wee hours of the morning yesterday. A perspiring Presley simply held the crown as he accepted the accolades — and thus, The King vanished backstage, another night’s work completed.”

The compact, hour-long performance featuring 25 songs to 6,000 Hawaii fans was televised to nearly 40 nations, according to Harada, with camera crews “on stage, in the aisles, in the audience, zooming in on Presley and breakthrough performance …”

The first-ever entertainment special to be telecast live, globally, would be expanded to a 90-minute NBC-TV special.

Harada recalled that Mayor and Mrs. Frank Fasi chose to sit further back from stage although they were provided with front-row and center seats; actor Zulu (who portrayed Kono Kalakaua on the original, long-running “Hawaii Five-O” TV series) contributed substantially to the Kui Lee fund in return for posters, pictures and other Presley mementos; and an important figure sat in the audience — Presley’s father.

Elvis Presley performed three separate times in the Aloha State. Most folks know he came to Hawaii for the 1973 “Aloha from Hawaii by Satellite” concert, as well as a benefit concert in 1961 to assist with the USS Arizona Memorial.

Presley also came to Hawaii in 1957 aboard the S.S. Matsonia on a four-day voyage from Los Angeles. He performed two shows on Nov. 10 at the old Honolulu Stadium on the corner of Isenberg and S. King streets, now known as Stadium Park. He also performed for American troops and their families at Schofield Barracks on Nov. 11.

During the 1950s, a structure to memorialize the sailors lost in the Dec. 7, 1941, attack by Japan was being designed by Austrian-born architect Alfred Preis. But by 1960, the funds raised were still short of the needed $500,000. That’s when Presley, thanks to his manager, Colonel Tom Parker, stepped in.

Presley returned to Hawaii for a benefit concert on March 25, 1961, to raise funds to build the USS Arizona Memorial. The concert took place at the Bloch Arena (now the Neal Blaisdell Center) with 4,000 fans in attendance and Presley wearing his gold lamé suit jacket while singing 15 of his biggest hits. The concert raised over $54,000.

More importantly, the concert drew attention to the USS Arizona Memorial Fund, with financial donations coming from the public sector and private sources. President John F. Kennedy dedicated the memorial on May 30, 1962.

Three movies Elvis made in Hawaii

Elvis Presley’s love for the islands and its residents also resulted in three movies filmed in the Aloha State. His most famous, “Blue Hawaii,” was shot after Presley’s 1961 concert. “Girls! Girls! Girls!” was shot in 1962, and “Paradise, Hawaiian Style” in 1966, with Presley as a helicopter pilot. 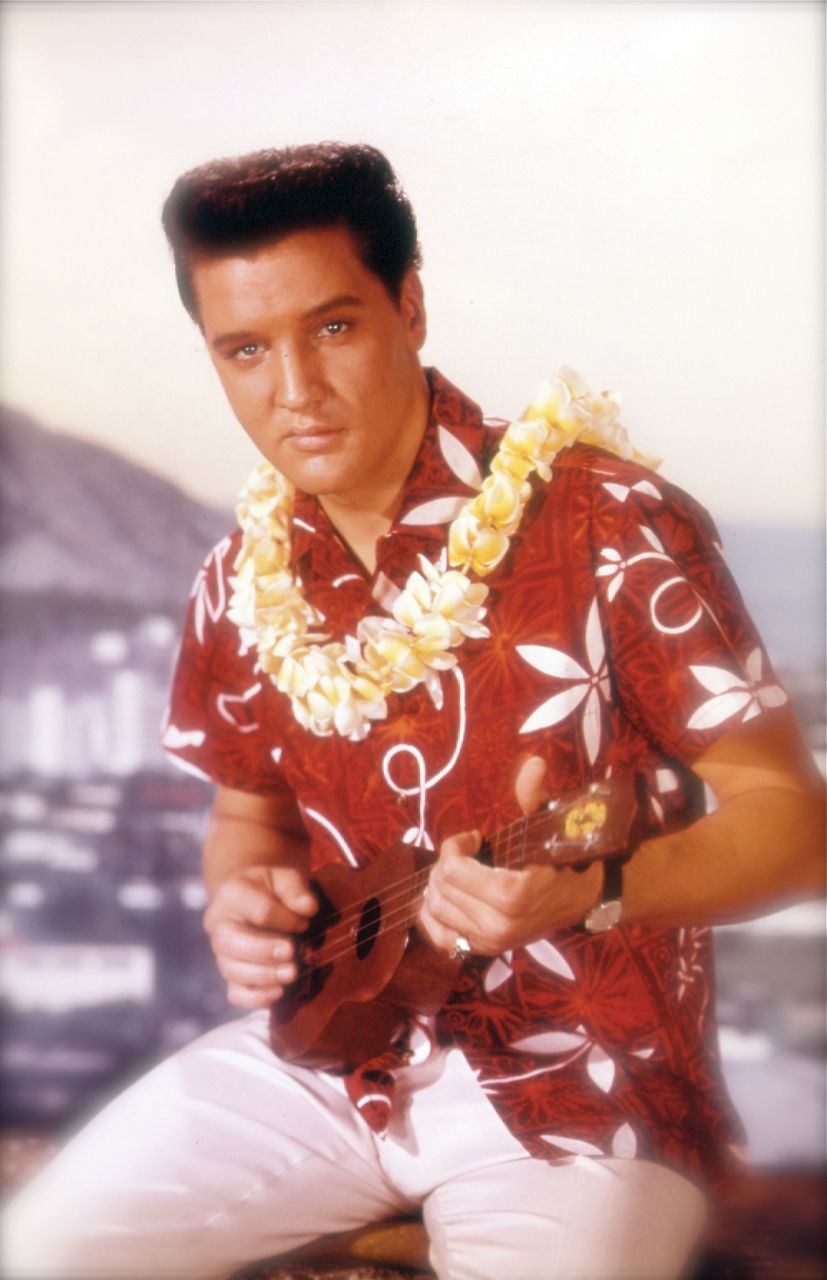 Sarah Yamanaka covers events, environmental and community news for Spectrum News Hawaii. She can be reached at sarah.yamanaka@charter.com.