Qwabe Twins are super excited ahead of their own live show. The singers will perform some of their best songs at The Playhouse in Durban on Friday, 25 November.

It will be first time that Viggy and Virginia will headline their own show after they signed to DJ Tira’s Afrotainment. The former Idols SA contestants will be supported by Mduduzi Ncube, Mondli Ngcobo, Xowla and Gagasi FM’s Khaya Dladla and Felix Hlophe will MC the show. 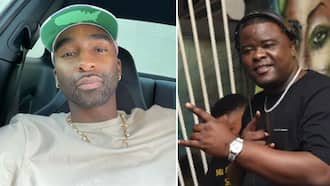 Speaking to Daily Sun, Virginia said they’re excited about the upcoming gig. She added that it will be a perfect platform to promote their new album, Word of Hope.

Qwabe Twins have also been promoting the show on their timeline. The sisters posted a clip of themselves visiting Dudu Khoza’s show on Ukhozi FM.

Peeps said they’re happy for the twins growth in the music industry since they appeared on the singing competition.

One of Qwabe Twins allegedly gets married

In other entertainment news, Briefly News reported that viral pictures of one of the Qwabe Twins walking down the aisle alongside DJ Tira and her twin sister got the Mzansi rumour mill spinning. 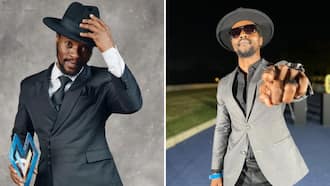 Peeps posted different thoughts on the stunning pics shared by entertainment blogger Musa Khawula. Many of them expressed that while the snaps and clip look beautiful, they are not convinced it was a real wedding.

Social media users users pointed out the fact that it was Tira who walked her down the aisle and not her parents. Others even said they recognised the groom from Big Zulu’s music company, Inkabi Records.

PAY ATTENTION: Сheck out news that is picked exactly for YOU ➡️ find the “Recommended for you” block on the home page and enjoy!