The ’90s are back, baby! You’ve likely seen photos of some of the biggest bands of the Decade About Nothing reassembling for tours that are selling out stadiums. The Smashing Pumpkins, the Red Hot Chili Peppers, Jane’s Addiction—all the movers and shakers of “alternative” music are out there, enabling ’90s kids to relive their carefree youth.

But the cultural landscape of 2022 is drastically different from the one in which those musicians first emerged, and some of them appear worse for it. Billy Corgan can still shred, but his obnoxiousness is even more pronounced today than back then, if such a thing is possible. It can be hard to listen to the Red Hot Chili Peppers without thinking about the “Sexual Assault Charges and Allegations” section on their Wiki page. And aside from the behaviors for which these aging rockers are no longer being given a free pass, plenty of them simply look a bit worse for wear, no matter how they try to hide it with the clothing and accessories of youth culture.

There is one important exception to this general rule, a band that overturns the dynamic completely: Instead of seeing how time has changed them, we see their era— that short period at the end of history—in a new way because of their reappearance in the present. Of course, I’m talking about Rage Against the Machine. 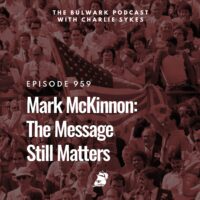 Rage’s recent tour ended prematurely and disjointedly: Soon after hitting the road for the first time in years with their patented brand of strident rap-rock, they were forced to cancel most of their 2022 and 2023 tour dates after singer Zack de la Rocha jumped onstage forcefully enough to almost completely sever his left Achilles tendon. (Getting too old for the pit? I feel ya, Zack.) It’s a shame, because the moment was right for the outspoken band. From police brutality to anti-democratic Supreme Court rulings, 2022 has provided a wealth of material firmly in RATM’s wheelhouse, and the relevance and kinetic quality of their back catalog has earned them many enthusiastic new listeners.

But not all of the band’s longtime fans were thrilled with what they got to see of RATM over the summer. When photos and video of their first new concerts began circulating online—especially one event not long after the Dobbs decision, where the words “Abort The Supreme Court” were projected across a backdrop—some fans were dismayed. What was wrong? The common sentiment was: Love Rage, but why do they have to get so political?

Huh? Rage Against the Machine, the most stridently political rock band of the last 30 years, addressing social topics? Heaven forbid!

It’s easy to chalk up such reactions to typical internet idiocy, something that is never not in play in situations like this. But there’s another, more interesting factor at work here, one that has to do with the cultural moment when RATM and other socially conscious bands first came to prominence. I lived through that moment as a teenager, absorbing messages without fully understanding them, and I now think that this anti-political style of enjoyment is the defining characteristic of the public for which all this culture existed.

It’s for this reason that I’ve come to think of the decade as the Narrow ’90s: narrow in the sense that fewer albums, books, and movies were available—the internet was only just arriving in our homes then—and when something genuinely out of left field arrived, we may not have recognized it for what it really was because our ability to engage with it was so circumscribed.

From a left-wing perspective today, the narrowness of the ’90s is obvious; it’s especially clear in the context of the decade’s national politics—a phenomenon few observed more clearly than Rage did. The Democrats, under the sway of Bill Clinton, advanced a “Third Way” centrism whose proponents would have felt right at home in the Republican party a generation earlier; figures to the left of the party’s new consensus were dispersed and disempowered. The Republicans of the ’90s were also rather narrow in their own way. Figures like Newt Gingrich and Bob Dole may have seemed obstinate at the time, but nowadays they appear downright tame—paragons of civility and decorum. The ’90s Republican who anticipated the future of his party was Pat Buchanan, the two-time contender for the party’s presidential nomination, advocate of closed borders, and purveyor of fierce odes to the white working class. Buchanan was a marginal figure in the GOP then, just as Barry Goldwater was considered marginal before his ideas took hold, and like Goldwater, Buchanan would experience a delayed and largely vicarious political triumph: His brand of politics would see its day with the ascent of Donald Trump in 2016. But in Clinton and Gingrich’s political decade, he was out of bounds.

The larger culture of the Narrow ’90s was held together by the same phenomenon of political consolidation, with right and left both moving towards the center. (Arguably, the left moved more than the right did.) The mainstream was much stronger and more robust then, too, and it wasn’t threatened by what existed outside of it. NBC’s “Must See TV” primetime lineup on Thursday nights typically drew 75 million viewers, several times what the highest-rated episodes of Game of Thrones ever clocked. To paraphrase Beck, the center was where it’s at. And if you swerved out of the mainstream, whether to its right or left, there were far fewer places for you to go and still connect with readers, viewers, and listeners.

Enter RATM, who released their eponymous debut album in 1992 and topped the Billboard charts with Evil Empire in 1996. Aggressive and outspoken, they brought a decidedly non-mainstream form of cultural-political expression to the heart of the mainstream, appearing on MTV and headlining Lollapalooza. As Rolling Stone put it in a review from 1996, “In an era in which political candidates are weaker than Styrofoam and the American public grows more ambivalent by the minute, perhaps De La Rocha’s radical rhetoric can make a difference.” Even this framing is telling: make a difference how?

Fans left out in the cold by the dominant center thrilled to their music, and for different reasons. Some paid close attention to the lyrics of “Bulls on Parade” or “Killing in the Name” and received intimations of dark episodes in the history of U.S. foreign policy and domestic law enforcement, although without Wikipedia in their pockets, even attentive listeners were often left to speculate about the songs’ volatile subjects. (The band’s music videos, which often interspersed placards bearing stories about revolutionary figures and movements with footage of the band performing, could clarify the songs’ themes for those lucky enough to catch them on TV.) Others didn’t pay much attention to the lyrics at all, and simply threw down in the mosh pit to their hearts’ content. In the Narrow ’90s, with nowhere else to go, these different listeners stood side by side.

Rage Against the Machine wasn’t the only political band of the ’90s, of course. Bay Area punk bands like Rancid brought a sense of cheerful anarchism to a small-but-devoted fanbase; N.W.A. brought harrowing tales of police violence and what many today would call “systemic racism” to wide audiences. But RATM was unique for delivering direct, almost pedantic leftist messages to the masses. For instance, their 1996 track “People of the Sun” is a history lesson about Mexico’s colonial past, recounted over furious nu metal beats. You could follow up on the allusive lyrics by checking out A People’s History of the United States (again, no Wikipedia back then), come up with your own esoteric meanings to personalize your connection to the song, or ignore the message entirely and simply bang your head in your bedroom.

Those latter fans, the ones who were never interested in which particular machine RATM was raging against, are the ones who called foul. During the Narrow ’90s, the band’s expansive political vision—expressed in lines connecting global geopolitical realities, looping from Vietnam to Central America to the United States and back—was, weirdly enough, easy to overlook. Politics happened out there, in the big scary world, not in your backyard. It happened in places like Iraq and Bosnia, and the news reports about American military interventions in those distant locales made what was happening there feel to many viewers like just another diverting action movie.

But this is 2022, and the political climate is far more volatile and, more to the point, far more legible. Even the most comfortable members of this country’s demographic majority—middle-class white men—can’t simply ignore politics with the same ease that they did in the Narrow ’90s. It’s everywhere. It’s out there in your backyard, right now.

What would RATM look like if they started today? Their politics would be much more recognizable as such, for one thing. Their lyrics condemning capitalism, imperialism, and racism would associate them in the popular mind with similarly political acts like Algiers, Boots Riley, or Run the Jewels. But while this (plus the internet) would connect them with niche audiences who are more naturally aligned with what they’re doing, a newborn RATM in 2022 would miss out on much of the original band’s mainstream success, too. Fans who simply want their music vaguely loud, without all those annoying politics, have plenty of other options on their Spotify playlists.

Fame is more widely distributed—and thus diluted—in our social media age, and aspiring stars can no longer count on a consolidated cultural infrastructure to give them a global platform if they succeed, an essential part of what elevated otherwise niche bands to cosmic fame in the Narrow ’90s.

There are still superstars in the internet age. Taylor Swift is the biggest name in music right now by a country mile. She’s a planet, while most other artists are passing asteroids or cosmic dust. But her fame would have seemed less remarkable in the Narrow ’90s, when, musically speaking, there were more planets and fewer satellites. Shania Twain, Garth Brooks, Sarah McLachlan—these were mainstream artists appealing to mainstream audiences. In 2022, the mainstream has been reduced to one stream among many, with talent increasingly spreading across a massive online delta before reaching audiences. This makes Swift’s feat of achieving mainstream success on that scale something of a miracle—or perhaps a swan song, as Swift herself works to bend the streaming industry to better serve lower-profile acts.

But Rage Against the Machine and other alternative bands that racked up global fame in the Narrow ’90s are still out there, shredding away. Some fans tune in to see what the artists they loved in high school might now have to say about the moment we’re living in. Others just want them to shut up and play the hits. But perhaps the most valuable experience these bands have to offer is a glimpse into a bygone era, when angry misfits huddled together to pass around the same handful of vital CDs.

Or maybe it’s the other way around. Maybe, in today’s moment, the songs of RATM and their like-minded cohort achieve a fuller meaning than those songs did in the decade they were released. In workplaces across the country, workers have been going on strike, singing old labor songs and imbuing them with newfound meaning. Something similar is going on with the music of Rage Against the Machine. In 2022, our ears pick out meanings we missed before, and the songs are more alive than they’ve ever been.