We know what you’re thinking: let’s hope this isn’t leading me into another Fyre Festival. Rest assured that we won’t be deceiving you into a trip to the Bahamas for a luxury event that turns out to be disastrous. Rather than advertising an unknown gathering with six-figure tickets and the gift of soggy mattresses and bread for sustenance, this list boasts music festivals that have been selling out for years and even decades. Hundreds of music festivals run year-round all over the world, but the events on this list are renowned for their A-list performers, lively crowds, and eclectic experiences.

Known for celebrity sightings and a sea of millennials, Coachella is one of the most lucrative music festivals and is abundantly shared on social media. The artsy event takes place in Indio, California over 3 days in April. You’ll wander outdoors enjoying the sunshine, ferris wheel, art displays, delicious food, and lounges. Concert attendees are often spotted in attire with a colorful Woodstock influence. Last year, Coachella hosted famed artists The Weeknd, Billie Eilish, and Harry Styles. In 2023, the festival has scheduled Frank Ocean to headline and is rumored to also feature Bad Bunny and BLACKPINK. Billboard anticipates that Coachella could include Rihanna, Drake, SZA, or Dua Lipa.

With an imaginative name that hails from a goofy Three Stooges movie, Lollapalooza is set to take place August 3rd through 6th this year. Thousands of attendees, particularly college students, will flock to Grant Park in Chicago this year for beautiful city views, authentic Chicago cuisine, and over 170 bands. Surrounded by 9 stages, concertgoers enjoy a major variety in genres, from hip-hop to rock. Last year’s festival featured artists Metallica, Green Day, J.Cole, and many more performers. Ticket upgrades are available for private lounges, premium perks, and supreme sights.

Travel to a farm in Manchester, Tennessee for a colorful experience at Bonnaroo. Also featuring a primarily young crowd, the music festival runs from June 15th through 18th in 2023. Bonnaroo hosts over 150 performers, a breadth of activities, and art installations. If you get tickets to the event that started in 2002, expect to hear a range of music that satisfies all of your listening taste buds from metal to pop. Bask in the excitement of parades, the chill atmosphere of yoga, the nostalgia of the ferris wheel, and the thrill of slides.

The popular “Gov Ball” in New York City is a good choice if you want to see a variety of artists in the Big Apple. The June festival features popular performers, a massive crowd, art fixtures, and delicious food and beverages. The featured art structures stand tall as large statues or inflatables. Governors Ball is known for its surprises, including unexpected shows added to over 70 performances split between 4 stages.

Electronic dance music fans are in their element at this international festival with its main event in Belgium. Gathering attendees in the tens of thousands, Tomorrowland showcases an extraordinarily decorated stage that seems to be straight out of your dreams. Visitors love the diverse crowd, fireworks, and variety of food that shine alongside the world-famous performers. In the past, Tomorrowland has hosted Swedish House Mafia, David Guetta, Tiësto, and other top DJs.

Glastonbury has announced its 2023 dates as June 21st through 25th in England. Set among sprawling grassy hills, the festival is a hot spot for a crowd that enjoys a mixture of performances other than music, including comedy, plays, dance, and circus. The festival has been around for over 50 years and has a history of spotlighting famous artists like Paul McCartney, Kendrick Lamar, Ziggy Marley, and Billie Eilish. Attendees’ fashion is often covered in Vogue and watched closely by experts in the field. Get ready for a potentially muddy environment with many fans donning their best rain boots.

Rounding out this list is the spirituality-infused Burning Man experience set in the desert. Although it is not as much a music festival as an engaging adventure, Burning Man does offer musical performances and has featured renowned DJs Diplo and Skrillex on stage. The Nevada event is Animalia-themed in 2023 and organizes tens of thousands of people to its invented Black Rock City. Burning Man is built on 10 core principles revolving around inclusion, self-expression, charity, sustainability, and participation. Massive statues and other artforms tower over participants and exude the festival’s focus on natural creativity. 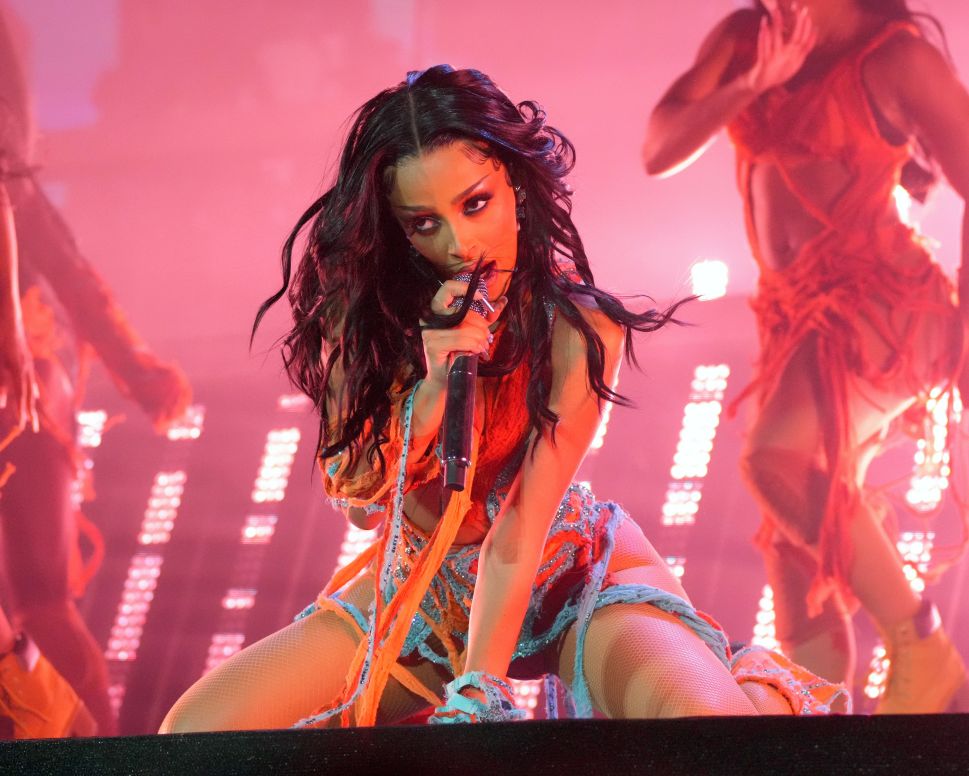