U2 lead singer Bono has opened up on his deep grief after the tragic death of the band’s Kiwi friend, roadie and “personal manager”.

And in his newly released best-selling memoir – Surrender: 40 Songs, One story – Bono has revealed why the band decided they had to take 26-year-old Greg Carroll’s body back to NZ after he died in a motorbike crash.

Carroll met the band when the chart-topping, Grammy Award-winning band took their break-through The Unforgettable Fire tour to New Zealand in 1984; becoming a roadie for the group.

He became instant friends with the group – especially Bono and his wife Ali – and returned to Ireland with the band, who employed him full-time.

But tragically, just two years later he died while going for a motorbike ride through the Irish countryside with Bono’s best mate, artist and former punk rocker Guggi.

“When they were returning to Dublin, near Donnybrook, a driver, not seeing Greg, did a U-turn on the main road and Greg went straight into him,” Bono writes in Surrender.

“Greg never recovered from the impact, dying in the hospital early the next morning.

“It was like the death of a close family member.” 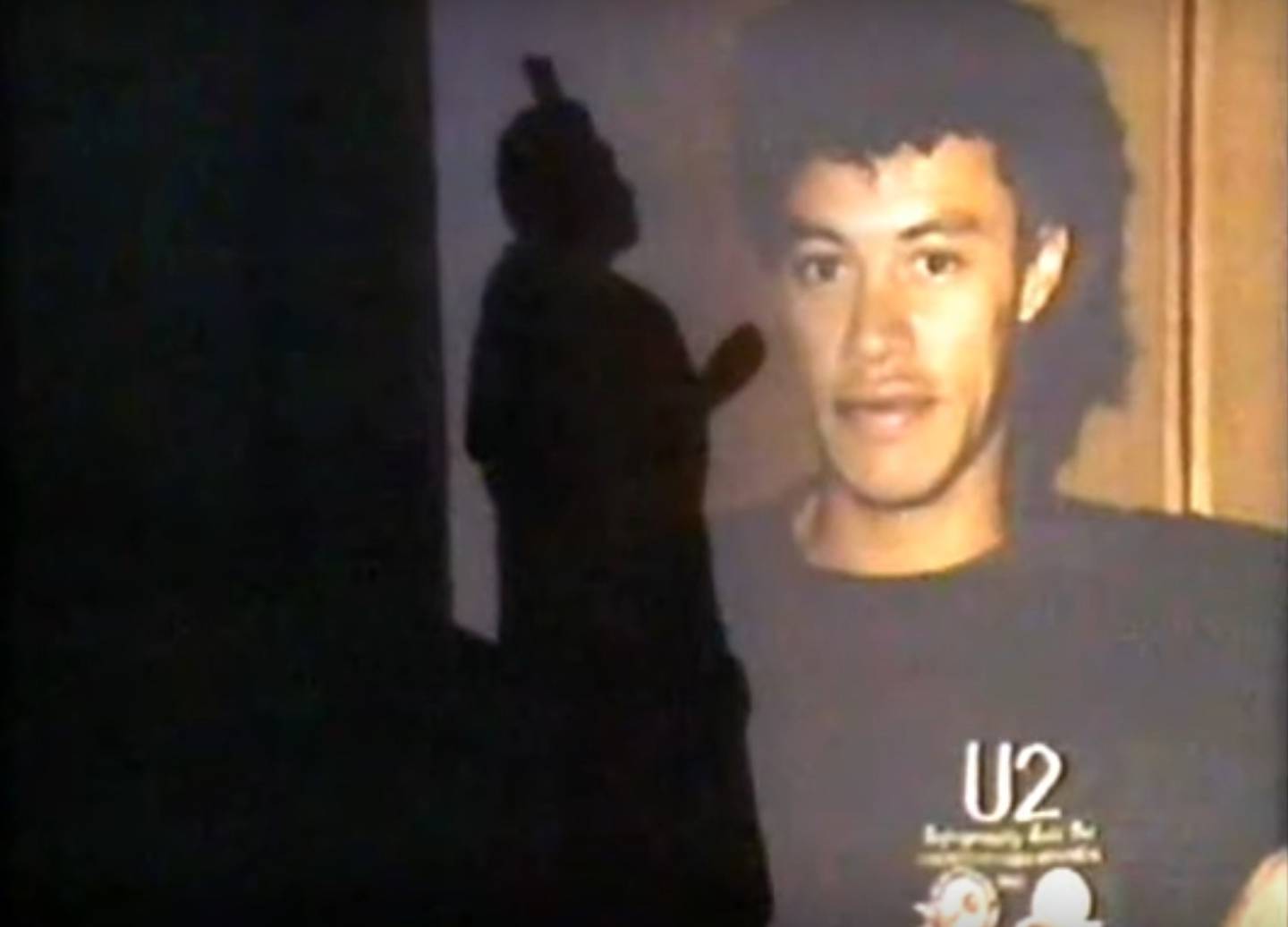 Greg Carroll quickly became an adopted member of the U2 family after starting out as a roadie at an Auckland gig in 1984. Photo / YouTube

At the time, Bono and Ali had just arrived in Texas to attend Farm Aid – a charity concert that annually raises millions for struggling farmers’ families.

Despite being in their hotel for just one hour after a long-haul flight from Ireland, the couple returned shortly afterwards to catch the first plane back to the UK.

“I can still hear Guggi’s voice, normally so male and assured, sounding strange and weedy as he broke the news down a squeezed telephone line to Ali and me in Austin,” Bono confided in Surrender.

Bono and his U2 comrades had no time for self-pity though.

Soon after news of Carroll’s death was passed on, the band took it into their own hands to notify their great mate’s family of his tragic death.

In Surrender, Bono opens up on many of the triumphs and tragic moments of his and U2′s life and times.

He makes no secret of how tough the phone call to the Carroll loved ones was. “Our small community at home was traumatised by the news, but then we had to call Greg’s family in New Zealand and try to explain the unexplainable,” he wrote.

“It’s impossible to tell someone that somebody they love no longer exists, in this life at least.”

Given the strong bond that had been built up between Carroll and U2 – Carroll featured on global TV footage of 1985′s Live Aid show during U2′s slot at Wembley Stadium – Bono said there was a duty of care to personally return the roadie’s body to New Zealand.

“We decided we should not leave Greg’s body to travel alone on the great distance to his New Zealand home, and so a group of us took him on the long journey to Kai Iwi outside Whanganui,” he said. Attending the tangi has left a life-long mark on Bono, he wrote in Surrender.

“The Māori have a very evolved view of how to bury their dead,” he wrote.

“Their version of an Irish wake is called a tangi. In a traditional Māori tangi you speak directly with your lost loved one, laugh with them, say sorry for when you let them down.

“It’s a powerful immersive experience, where you let waves of anger and grief, rage and laughter, break over you. I had never seen Ali in such pain. I didn’t again, until the death of Michael Hutchence in 1997.”

Carroll and U2′s paths first crossed shortly before the band’s two Auckland 1984 gigs at the Logan Campbell Centre during The Unforgettable Fire tour.

Spotting someone wearing a U2 jacket, Carroll stopped the man and asked where he had gotten it. The owner turned out to be Iredale, who offered him a spot on the roadie crew for the shows.

Impressed by his work ethic, Bono and the band then took him on the subsequent 15-gig tour of Australia. Then followed a move to Europe to work full-time for U2.

In his memoir, Bono describes Carroll as a “handsome and elegant man”.

For two years he became a permanent member of the U2 family.

Bono said his role away from gig venues increased around the time of writing and recording of the Grammy-winning The Joshua Tree album as the band partied hard. 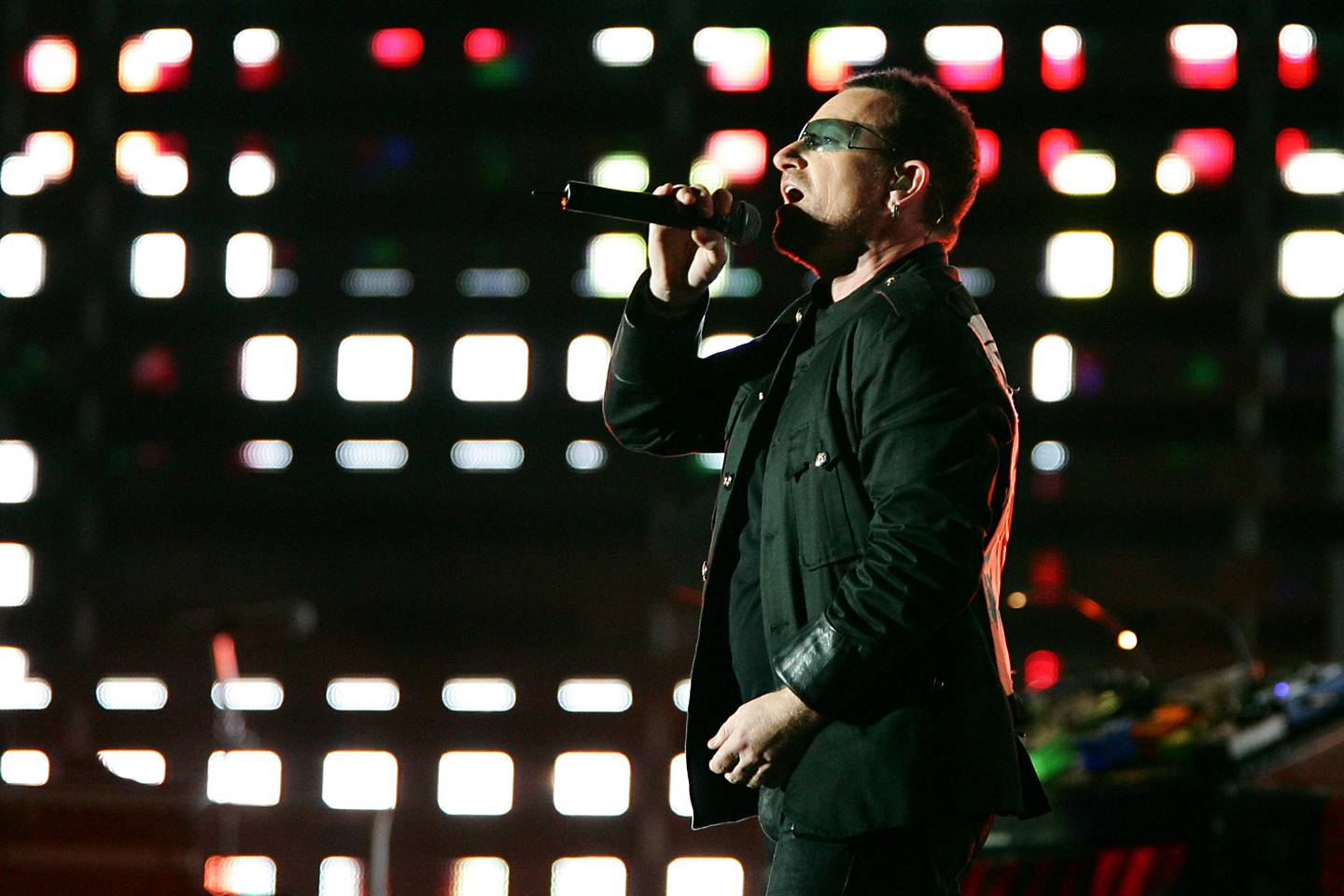 “The teenage drinking stuff had passed us by – Adam [bassist Adam Clayton] apart, no one in the band had drunk that much – but now we relaxed a little, heading for what Ali referred to as ‘fun trouble’.

“When I was 9 years old, Guggi and I had made a pact to never grow up, to never become part of the adult world because, well, our fathers were adults and we were sort of at war with them.

“Being in a rock and roll band turned out to be the perfect excuse for such stunted growth.

“I had to accept Ali’s admonition that if we didn’t need security, we certainly needed someone to get us home. Greg became a kind of personal manager to us, including nocturnal transport responsibilities after we made the mistake one night of rolling the car in Adam’s drive.”

U2 went on to write the song One Tree Hill in honour of Carroll. It went on to be a No 1 in New Zealand in 1988 and a track Bono would say before performing it live that it was about “a life unfairly snatched away”.

Bono famously laid down lyrics for the song, later revealing it would have been too emotionally to have sung it a second time in the recording studio.