The addresses YouTube channel has uploaded 4K video of QUEENSRŸCHE‘s entire October 21, 2022 concert at Wings Event Center in Kalamazoo, Michigan. QUEENSRŸCHE was the support act on the fall 2022 leg of JUDAS PRIEST‘s “50 Heavy Metal Years” tour, which kicked off on October 13 in Wallingford, Connecticut.

Speaking to Canada’s The Metal Voice, QUEENSRŸCHE singer Todd La Torre stated about the upcoming trek (as transcribed by BLABBERMOUTH.NET): “We have Marty Friedman as direct support, which I think people will really dig, ’cause it’s kind of a more rare sighting to see him over here. So I’m really looking forward to that. And then we also have the band TRAUMA, who’s first on the bill. For those that don’t know, that was the band that Cliff Burton was in before he joined METALLICA. So they have a brand new record out called ‘Awakening’ that I’ve been listening to. It’s really good.

“So that’s gonna be a good six-and-a-half-week, whatever that turns out to be, tour, and then we’ve got other stuff in the works for later in the year. But that’s the first thing that’s gonna be coming up,” he added.

As for QUEENSRŸCHE‘s setlist for the upcoming tour, Todd said: “We’re gonna play a nice handful of songs from [‘Digital Noise Alliance’] and the last three records. And then I think we’re talking about doing some pretty deep cuts that have never been done since the beginning of the band and maybe something that hasn’t been done for sure at least maybe since I joined the band. And then you’ll have a few staple songs, but I’m pretty sure that this setlist is gonna be really for the diehards that follow everything we do, because you’re gonna have a huge chunk of my era with the band being played. If you [think] you’re just gonna get a lot of the old stuff that we kind of usually play, a lot of that stuff is not gonna happen on this tour. So I’m looking forward to it.”

QUEENSRŸCHE guitarist Micheal Wilton previously discussed the band’s 2023 tour in an interview with Rock Show Critique. He said: “It’s a full ‘Digital Noise Alliance’ headline tour. We’re really excited to get out there and get touring again. We’re rebuilding and establishing again, because for us it’s a bit of the Wild West. There’s a lot of congestion out there, there’s a lot of bands touring, and to put a tour together like this, we’re really happy that we can get out there and do a full tour.”

“We appreciate the fans, their input,” he continued. “For us, I think we’re gonna make this different than previous tours ’cause we’re really gonna mix up the setlist. So, for people saying, ‘Oh, they’re just gonna play the same stuff again,’ they’ll be surprised.

“Digital Noise Alliance” came out on October 7 via Century Media. The record was once again helmed by Chris “Zeuss” Harris, who previously worked with QUEENSRŸCHE on 2015’s “Condition Hüman” and 2019’s “The Verdict” LPs.

Since late May 2021, Stone has been handling second-guitar duties in QUEENSRŸCHE, which announced in July 2021 that longtime guitarist Parker Lundgren was exiting the group to focus on “other business ventures.”

Stone originally joined QUEENSRŸCHE for the 2003 album “Tribe” and stayed with the band for six years before leaving the group.

For the past five and a half years, drummer Casey Grillo has been filling in for Rockenfield, who stepped away from the band’s touring activities in early 2017 to spend time with his young son.

In October 2021, Rockenfield filed a lawsuit against Wilton and Jackson, alleging, among other things, breach of contract, breach of fiduciary duty and wrongful discharge. A few months later, Wilton and Jackson filed a countersuit against Rockenfield, accusing him of abandoning his position as a member of the band and misappropriating the group’s assets to his own personal benefit. 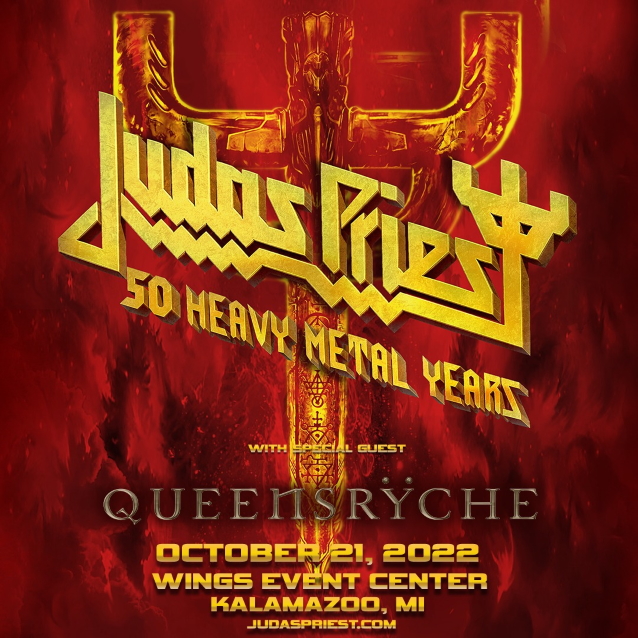